How Laser Illumination and High Speed Cameras Work Together

High-speed imaging has come a long way in recent decades, slowing down incredibly rapid processes so that scientists, engineers, and researchers can gain greater insight otherwise undetected by the naked eye. While high-speed imaging has proven itself as a powerful diagnostic tool, it does have limitations in certain scenarios and applications. Most notably, high-speed imaging does not mesh well when applied to scenarios involving the emission of light. Bright lights, such as those emitted during welding or ballistics testing can blind the camera and obscure the details of what is going on.

Laser illumination offers a solution to this limitation of high-speed imaging. Products such as the CAVILUX laser lineup, including the Smart Illumination CAVILUX, are a special type of illumination ideal for a variety of industrial applications. Using project laser beam patterns, inspections and evaluations can take place which would otherwise be impossible with conventional forms of illumination or no illumination at all. Laser lights provide a sharply focused beam that enables high-speed imaging cameras to see through the bright emissions of light to further analyze processes. In particular, laser illumination is ideal for a handful of applications, such as welding, shockwave analysis, and ballistics. 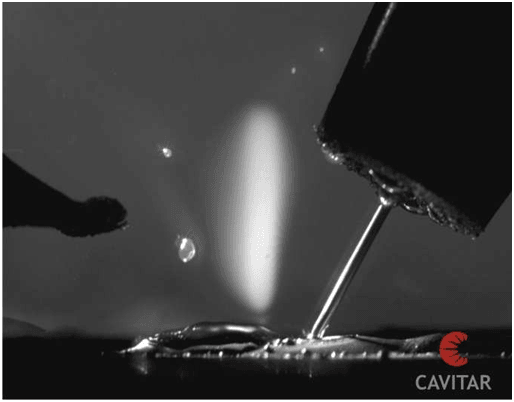 Traditional manual welding relies upon the skill of the individual operator positioning the welding torch and the selection of welding parameters. The quality of the resulting weld is determined by the practical skill of the individual welder and that individual's knowledge of welding techniques. In automated environments where machines are in control of the actual welds, machine operators need a reliable source of clear imaging to ensure the process is completed satisfactorily and the resulting welds are strong.

Flow and spray illumination is one of the hardest applications for high-speed imaging to capture without motion blur. Much like images from sporting events on a high-definition television, imaging can struggle to keep up with the fast movements of flow and spray applications. For example, the spray patterns and even flow of ink within an inkjet printer.

Smart Illumination CAVILUX lasers employ short pulses to better monitor and visualize flow and spray patterns in a variety of industrial applications. These include any spray and flow situations with liquids and gasses. From droplets and bubbles to smaller particles, CAVILUX laser illumination captures a moment in time with the ability to freeze a moment in time while removing motion blur. 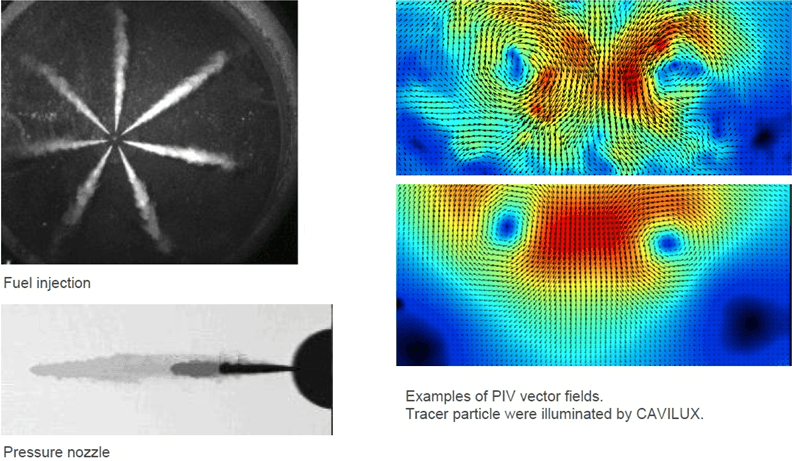 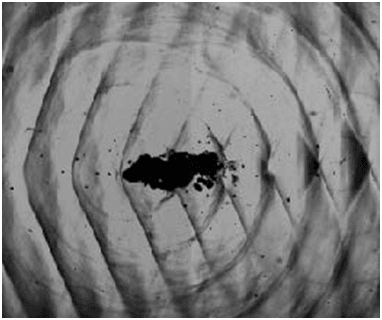 Laser illumination in shockwave scenarios offers similar value to that of flow-and-spray applications. Consider, for example, the drive to improve the fuel efficiency of existing fuel-injection engines. For the auto industry to improve fuel efficiency in these motors, better control of the fuel injection process is critical. However, analyzing this process is difficult when the speed and movement of the process makes motion blur a real problem.

Schlieren imaging is a valuable tool that enables scientists and engineers to measure changes in the density of composition in various fluids. Rather than measuring the actual changes in density, Schlieren imaging measures the deflection of light that results from various processes. For example, think of the shimmering visible in the air above a kettle of boiling water as a simple process. This shimmering appearance is the result of light from behind the object being deflected and changing the appearance of the background items.

Laser illumination can be employed with Schlieren imaging to visualize those deflected rays of light passing through a heating process (such as those experienced in temperature gradient scenarios).

For law enforcement agencies and military branches, ballistics and explosion analysis is an important part of future developments and improvements. However, analyzing these situations requires clear visualization that is often obscured in two ways. Regarding ballistics, the speed of ballistic materials creates motion blur that prevents studying the movement and trajectory of everything from bullets to missiles. When cameras have shutter times longer than the life of the event itself, the result is motion blur that makes studying and improving accuracy impossible.

When it comes to studying the impact of ballistics, be that bullets against armor to study the effectiveness of armor or the impact of explosive ordinance, the emission of light from these impacts creates a similar obscuring event. Rather than battling motion blur though, explosions studies require the ability to visualize the event through bright emissions of light.

CAVILUX laser illumination produces extremely short, high-powered pulses that combat both impediments to ballistics and explosion studies. Smart Illumination CAVILUX lasers can suppress the light of an explosion event to allow for a better study of thermal radiation effects and impact analysis. Likewise, the ability of laser illumination in imaging wipes away motion blur in ballistics studies to provide a sharp, high-quality image of a bullet's trajectory, movement in flight, and impact. 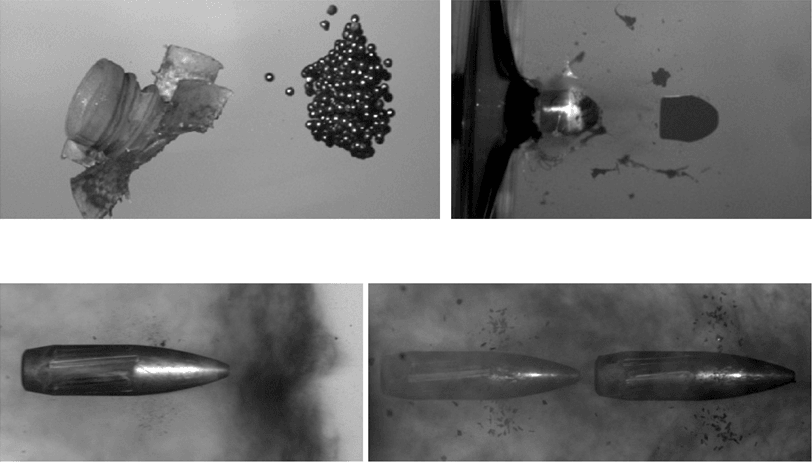 Your Premier Source for High-Speed Cameras, Hyperspectral Cameras, & Infrared Cameras, Custom Engineered to Meet All of Your Application’s Imaging Requirements.

Our dedicated sales team and service engineers, are here to help provide fast, flexible and reliable service to our customers. Contact us to see how we can help assist you.

Leaders in Digital Imaging since 1981