A World of Possibility 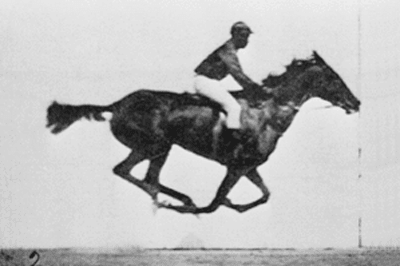 Over the course of the next 150 years, high speed cameras were used to capture the first supersonic flying bullet (1886), applied to weapons development science (1916), and to study relay bounce (1930s). Today's high speed cameras use digital high speed video to capture a variety of images. The potential applications for high speed imaging are nearly boundless, from studying animals in flight to researching the impact on the human body during automotive collisions, high speed cameras can unlock the mysteries of the world which the naked eye cannot capture and process fast enough.

The use of high speed cameras to capture digital high speed video isn't about capturing an amazing image, it's about improving human knowledge of the inner workings of the world. High speed cameras have the capacity to record the details of rapid mechanical movements and replay them in slow motion. From applications where high light sensitivity is required to those in which high g-force and vibration are present, digital high speed video slows down countless processes to a speed that allows for greater study in government applications, military development and testing, and academic research taking place in university labs around the globe. 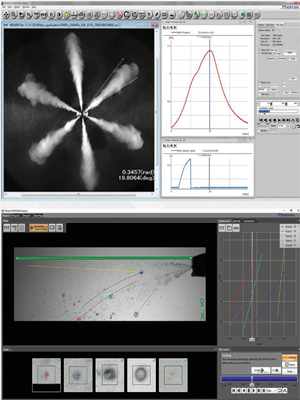 For example, when new products are being designed and tested for everyday use, high speed cameras can help developers look for weaknesses in areas such as crack propagation or fracture lines. When dropping a test product from a certain height or forcing a rupture under intense pressure, digital high speed video can help researchers analyze the point at which cracks/ruptures occur, how they occur and worsen, and that data can then be used to go back to the drawing board an improve the product in question.The development and production of new products, from consumer goods to military hardware, requires keen observation. When the speed of processes is too fast for the human eye to capture and the mind to analyze, high speed imaging is vital because it enables researchers, scientists, and engineers to visualize and study movements that cannot be viewed adequately in real time. 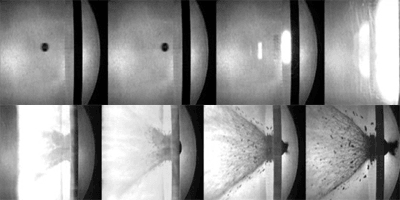 Government agencies and military forces have long used high speed imaging to improve knowledge and performance of ballistic weapons, while also gaining greater insight into impact physics. High speed cameras have been used, as just one example, to not only study bullets in flight but also to capture video of high-velocity rounds exiting rifle muzzles. The goal in ballistics studies is to better understand velocity, movement through the air, accuracy, and effectiveness of ammunition.

From a protection standpoint, military forces can improve upon blast protection in armored vehicles and personal body armor by studying impact physics. Explosions occur in the blink of an eye, leaving researchers with only the aftermath to study if high speed imaging is not available. The presence of high speed cameras delivers a frame-by-frame analysis of ballistic impacts and explosions to help advance knowledge of armor development.

View our recommended camera for this application, the Photron FASTCAM SA-Z.

Airborne high speed camera applications beyond normal lab environments (shocks, vibration, dust, temperature, etc.) require unique compact, portable ruggedized high speed imaging solutions.  Customized high speed cameras for airborne weapon systems, airborne manned-&-unmanned aerial vehicles (UAVs), are built within airtight housings and certified according the toughest MIL 810 / DO 160 / MIL 461 standards for military and civil aircrafts.  High speed digital camera systems for airborne applications can record multiple sequences, store data in the camera’s built-in non-volatile memory, and provide data for later motion analysis in the lab.  There are other high speed camera models that are capable of providing the data to be streamed to a controller, and are ready for analysis either after the mission on the ground, or for transfer via interfacing to the onboard telemetry link to ground station. 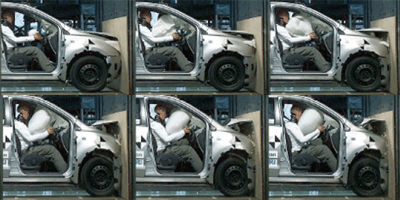 Arguably one of the most important applications of high speed imaging technology in the consumer world has come from the field of automotive crash testing. The effectiveness of everything from seat belt design to airbag placement in vehicles has been improved constantly over time with the help of high speed cameras. Now, digital high speed video assists government research agencies and consumer protection entities in studying front, side, and rear impacts during automotive crash testing.

The purpose goes beyond the value and use of seatbelts or airbags. Automotive manufacturers are now held to higher standards when producing vehicle frames. High speed cameras enable researchers to analyze the performance of a vehicles frame and body shell during impact to assess the safety provided to consumers. This knowledge helps advance safety feature development and car design in the 21st century.

View our recommended Photron cameras for this application.

Similar in nature to R&D, high speed imaging is used in materials testing to analyze the physical and/or mechanical properties of various materials and components. Examples of typical materials tests that use high speed cameras include:

For example, high speed imaging has been used to study the performance of individual printed circuit boards (pcbs) inside a panel. High speed cameras were used to monitor the deformation of pcbs during the cutting process. Analysis enabled manufacturers to optimize cutting edges during design and minimize deformation, thereby reducing damage to components of the pcb and solder joints.

View our line of recommended cameras for this application, from Photron.

Image of a water crown formed from a droplet of water.

The study and analysis of fluid dynamics is a difficult task. High speed cameras are often vital in measuring the complex behavior of liquids, gases, and plasmas in motion. In some cases, digital high speed video can lead to breakthroughs in fluid dynamics when it comes to medical research as well. For example, high speed cameras were used to prove that plasma in blood is a non-Newtonian fluid.

Prior to the use of high speed imaging in the study of human blood, it was assumed that red blood cells were the source of non-Newtonian characteristics in blood. At this stage in human knowledge, it was assumed plasma played no active role. The discovery of plasma's true role showed how it impacts the creation of vortices in blood as it moves, and how those vortices can lead to the formation of deposits on blood vessel walls. In short, high speed imaging provided valuable insight into blood-clot formation.

View our recommended Photron cameras for this application. 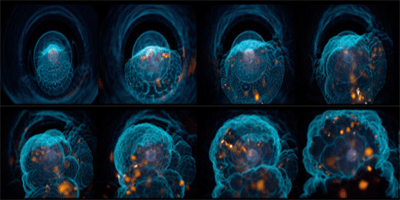 Examination of a cloud of ethanol vapor igniting.

Regardless of one's view on climate change, there is a lot that high speed imaging can do to help improve knowledge and understanding of combustion. As government agencies, and consumers, push for greater fuel efficiency in vehicles, high speed imaging technology is used to study the internal combustion engine and lead the way forward to the development of future fuels that burn cleaner and more effectively.

High Speed photo of a production line used for maintenance.

Your Premier Source for High-Speed Cameras, Hyperspectral Cameras, & Infrared Cameras, Custom Engineered to Meet All of Your Application’s Imaging Requirements.

Our dedicated sales team and service engineers, are here to help provide fast, flexible and reliable service to our customers. Contact us to see how we can help assist you.

Leaders in Digital Imaging since 1981